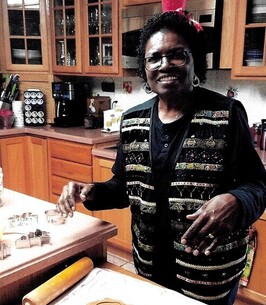 Susie (Sue) L. Reed (Mack), of Colorado Springs, Colorado died Monday August 15, 2022 in Saint Francis Hospital after suddenly taking ill while surrounded by family and friends. Sue was the second born to Theodore and Willie Mack on September 2, 1952, in Selma, Alabama. At 16 years of age she graduated from Keith High School and later moved to Chicago, Illinois to live with her aunt and uncle.

Shortly after moving to Chicago she started working at Spiegel Warehouse on 39th street which is where she met her future husband, Clyde Reed. Sue and Clyde married in 1975 and he would return to active service with the Army, only if they could be stationed in Arizona or Colorado (which was her early childhood dream). There were stationed at Fort Carson, Colorado in 1976. In 1978 she gave birth to a beautiful girl she named Shannon R. Reed.

She worked at the Army and Air Force Exchange Service during their time in the military. Her hard work and people first attitude won the respect of all who knew her. From 1981 to 1984 they were stationed at Ansbach, Germany which she greatly enjoyed the people and culture and made many friends. She loved to travel and see new places. She never passed up the opportunity to visit many European Countries nearby with Shannon and coworkers. Sue returned to Fort Carson later that year and would stay there until 1989 returning to Germany. The wall separating East and West Germany came down during this time enabling her to drive and shop farther in the united Germany and Prague.

Sue and Clyde were reassigned from Germany in 1994 to the Ohio State University, Columbus, Ohio. She and Shannon were able to visit with her family in Orrville, Alabama much more often. This she could not do as often because of the distance from Colorado. In 1997 she returned to Colorado after Clyde retired.

She is survived by her husband Clyde, daughter Shannon R. Reed, Grandson Coby J. Lambros, her brothers Theodore (Nick) and Kathy Mack of Mount Clement, Michigan, Arthur (Coke) Mack of Orrville, Alabama, Ceola (Baby Sister) Mack of Orrville, Alabama, Edna Bell and Alex and Mary King of Selma, Alabama, and Joseph and Nina Bell of Mobile, Alabama, brother in law James (Luke) McClain and several nieces, nephew, and cousins across the country who loved and cared for her very much.

Interment Service will be held at Pikes Peak National Cemetery, 10545 Drennan Road, Colorado Springs, Colorado 80925 on Friday, September 23, 2022 at 9:00AM. A small reception will take place at the Reed house.

All rights reserved. This obituary is also archived at obittree.com